“If you’re seeking a sign to believe again, The Miracle Chase will open your eyes and heart to the wonder all around you.”
Regina Brett,
author of God Never Blinks: 50 Lessons for Life's Little Detours

Miracle Club Online - please leave a comment after the post
Did you know...
that women saints were way more likely than men to have experienced the accoutrements (stigmata, ecstacsies,and visions) of miracles!

Sören Kierkegaard wrote about miracles as signs, personal and meaningful guideposts to light our way and reinforce our belief that God or the universe has our back. Maybe it's a sign you are on the right path, be it career or relationship, like when a happy coincidence confirms a choice you've made. Or, maybe it's a sign that a loved one who has passed away has found their way to a better place - like the dream shared with me about a beloved grandfather and the unconditional love he somehow conveyed. Sometimes we rely on a sign, desperately hoping it means everything will be okay, like the rainbow that graced the sky over Manhattan as my daughter and son-in-law drove to the hospital to deliver her second baby.

When they found out they were having a boy, they decided to name him Finnian and call him Finn. Being the musical junkie that I am, I told them about the 1968 movie Finian's Rainbow and for the months leading up to his birth, frequently talked about it. When they saw the rainbow the evening before Finn made his entrance into the world, it was especially unusual since rainbow sightings in Manhattan are rare, tall buildings and distractions being what they are, and this rainbow seemed to end right at the hospital front doors. We all saw it as an auspicious sign that all would be well. 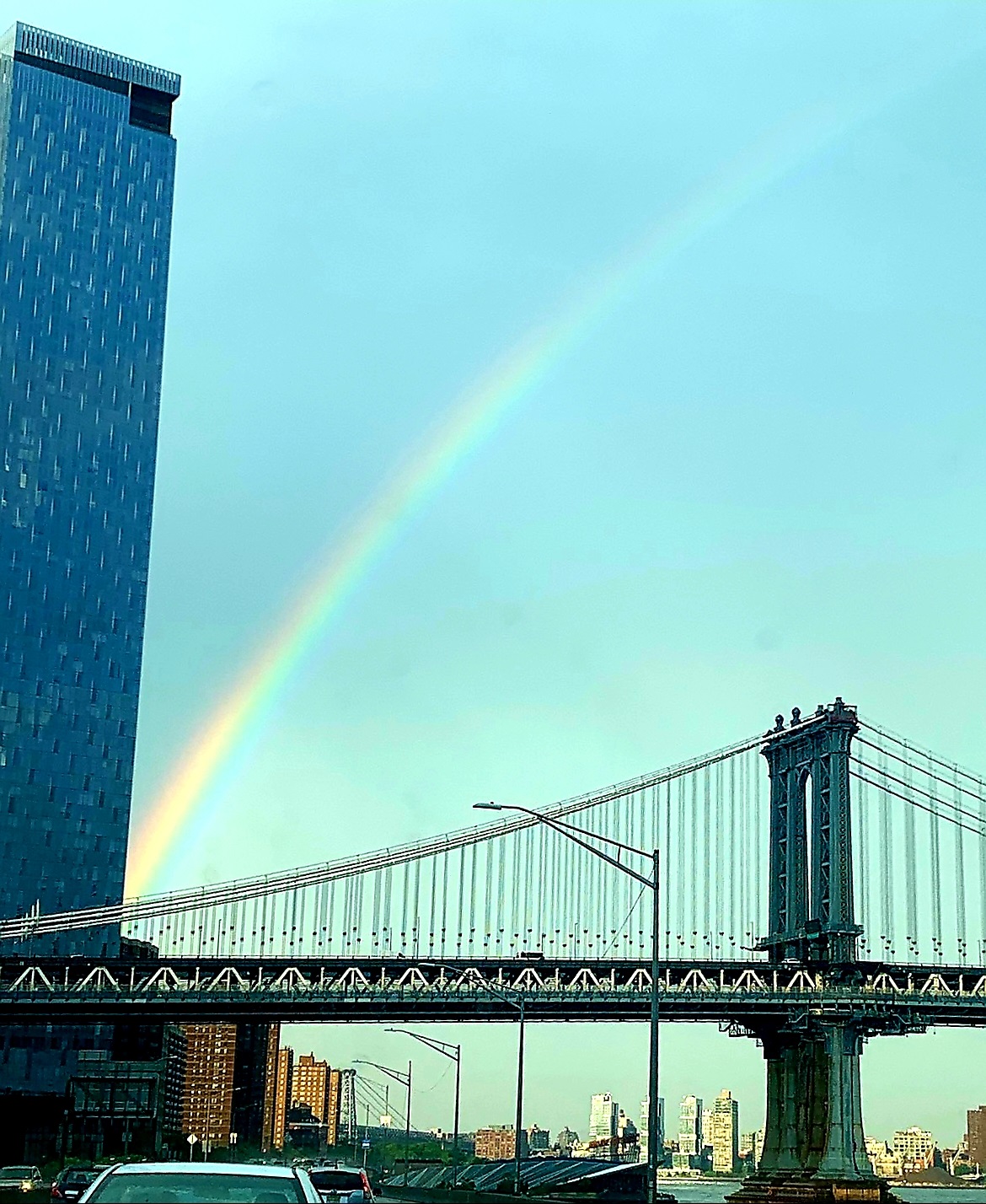 And, then it wasn't. Four days after baby Finn was born, a fateful nudge prompted them in the middle of the night, exhausted though they were, to get Finn up only a half hour after putting him down. They were unable to wake him. By the time they got Finn to an ER, he was turning blue and had a temperature in the low 90's. He had to be ventilated and was diagnosed with sepsis, a life-threatening infection that in baby Finn's case had caused one of his lungs to fill with fluid. As the initial days passed and Finn was unable to breathe on his own, we said our prayers, and asked others to pray as well, clinging to the picture of that beautiful rainbow, and hoping it was a message that somehow all would still be well.

Finn began to slowly get better, all the tubes were eventually removed, and one early evening on the day he finally left the ICU, a thunderstorm rolled through. My daughter looked out baby Finn's hospital window and there over the East River was another rainbow, the bright colors more luminous than ever. A nurse came in, saw the rainbow and commented that in all the years she'd worked there, she had never seen one. To us, it was more than a colorful archway; it was a bridge to heaven that sustained us as Finn had a few setbacks along the way. 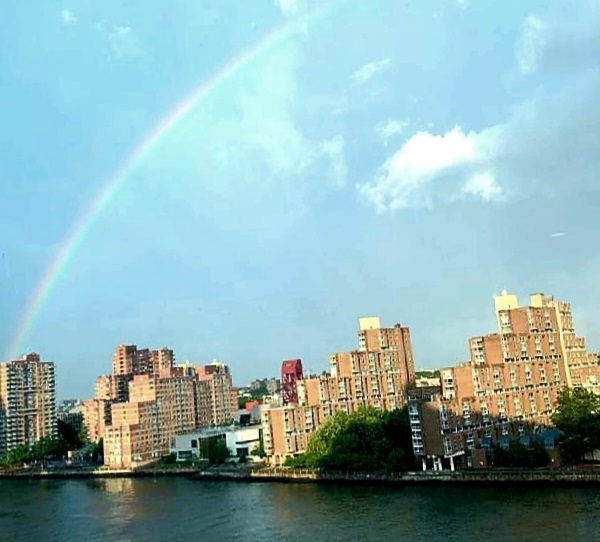 Baby Finn is now home and doing fine and he even smiled right on cue as he turned six weeks old. And though Finnian's rainbows have long faded from the sky, they left an indelible mark on all of us that will never be forgotten. (Katie)

There was Magic in the Air at the Massachusetts Conference for Women - December 8, 2011
The Miracle Chase is a book narrating the 10-year journey of three women friends as they explore and discover faith, friendship and survival together.